Bringing a Newborn Home for the Holidays 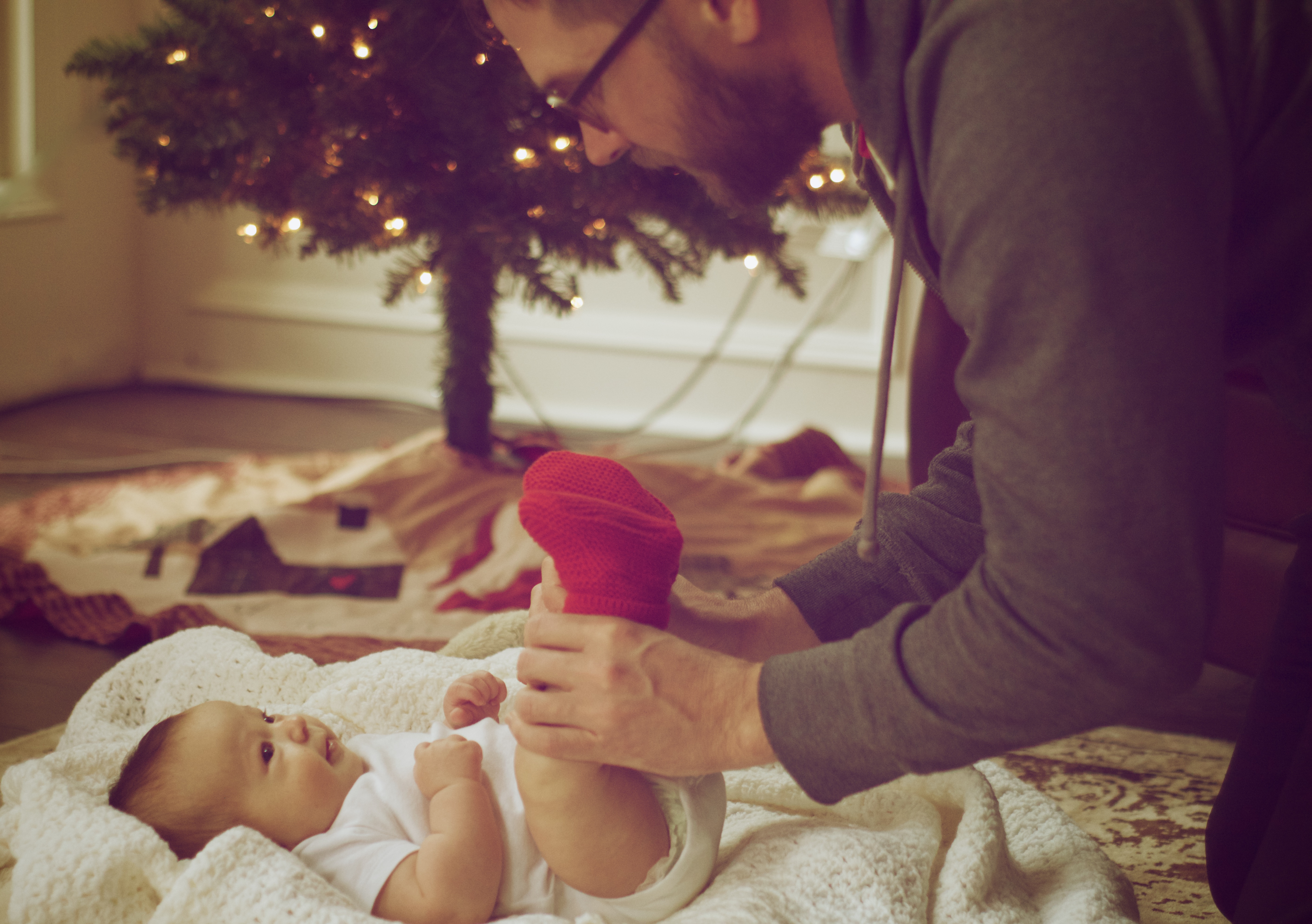 Guest Blogger and associate Fred Rosenbloom shares his experience in bringing a newborn home during the holidays.

We were looking forward to bringing our newborn home during the holidays, until we actually did and regretfully declined one holiday soirée after another.

When the doctor told me and my wife that her due date for giving birth was going to be November 21st, just before Thanksgiving, we were very excited at the idea of bringing a newborn baby home just in time for the holiday season.  As this would be our second child, my wife felt that having the baby before Thanksgiving would allow her to be present with friends and family from out of town instead of worrying about going into labor at the dinner table.  Meanwhile, I was looking forward to being able to enjoy all the yummy food at Thanksgiving, and at the Hanukkah and Christmas parties that would follow.

As it turned out, our baby boy was born six days before Thanksgiving and my wife and new baby spent three days in the post partum recovery room, leaving only three days before Thanksgiving for us to adjust to life back at home with a new baby and a toddler.  We had already been mentally preparing to lose sleep, change a lot of diapers, and drink extra coffee, especially to keep up with the energy level of our two year old daughter during the day.  What we weren’t prepared for, and didn’t expect to happen, was missing out on the family Thanksgiving dinner, followed by saying no to almost all of the Hanukkah and Christmas party invitations.

On Thanksgiving Day, unfortunately my wife wasn’t feeling well and spent most of the afternoon and evening at urgent care to make sure she was ok, while I stayed home with our two children.  Thankfully, our family brought us food, but we felt lonely and sad to miss out on spending the holiday with them.  Two weeks after Thanksgiving, we decided we would try to attend a formal Hanukkah gala in the evening.  Unexpectedly, our babysitter got sick the night before and we couldn’t find a backup. We decided we’d try bringing both children to the gala.  Luckily we were seated at a table in the back of the ballroom, but between socializing with family and friends, my wife breastfeeding our newborn, and me chasing our daughter around the hotel lobby, when we finally arrived home at midnight, we looked at each other and decided that maybe we should just be homebodies for a few months, at least during the night time.

Saying no to family and friends during the holidays has been perhaps more difficult than any other time of the year, maybe because it’s considered by many to be a time of giving and a time to be with family.  Whether it’s giving gifts, or giving of our time, we feel obligated to say yes, and feel guilty when we say no, especially when family members express disappointment that we won’t be at family gatherings, and family from out of town wants to see the new baby.  Perhaps the fear of missing out on good times and feeling isolated if we say no, combined with worry about future invitations, only adds to the challenge of saying “no” this holiday season.

In order to accommodate seeing our family and friends, we’ve decided that they will have to come visit us during this holiday season.  In doing this, we’ve set clear boundaries to help us manage those guilty feelings and fears while at the same time created realistic opportunities to see friends and family.  Rather than responding to an invitation by saying “we’ll try to be there”, which is basically avoiding and postponing saying “no”, we let them know we’d love to be there, explain our situation, and suggest that maybe in a few months we can meet outside of our home, and also to please come over as it is difficult for us to go out to socialize right now.

Saying “no” isn’t easy, and, in general, there are many things to which we say “yes” during the day in order to avoid conflict and uncomfortable feelings.  Thankfully, there are some good books to help with feeling more assertive and comfortable with saying the dreaded word, “no”.

Boundaries Updated and Expanded Ediction: When to Say Yes, How to Say No To Take Control of Your Life, by Cloud and Townsend

The Power of No: Because One Little Word Can Bring Health, Abundance, and Happiness, by Altucher and Altucher

As our children grow, we anticipate that our boundaries will change and that we’ll be able to say yes to invitations more often than we currently say no. Hopefully next year, we look forward to being able to gather around at the Thanksgiving table with our children, family, and friends, but maybe we’ll skip the holiday parties for just one more year.